I know, I’m sorry it’s yet another post about the boy….but he’s just such a joy to be round I want to talk about him all the time (you really cannot do sarcasm in text) to be fair I am slightly hysterical and after a day yesterday with a friend with a little boy the same age it’s both reassuring and entertaining that it’s not just me that goes through this….

There are many classic tell tale signs that your adorable once small baby sleeping in your arms are changing into a toddler (seriously wtf are we supposed to do when they’re teenagers?!) but these are my particular favourites….

Serving up his lunch, his favourite lunch because yes, yes some may say that I’m soft but I seriously cannot be doing with these daily struggles over what he does and doesn’t like that day because at least I know that there are the regular things that he will eat every day…but mummy I want the green plate!  OMFG you have got every colour you could possibly want but you want the green one, the only one that is dirty in the dishwasher?!  We have that rainbow pack of plates from Ikea, which, Ikea thanks for that….for giving our children a choice….why did you not do them all white like the rest of the stuff you make??  I want to fling his lunch out the window, but I don’t, instead I calmly take the plate away and pour on to the table, he looks at me like I’m mad and I leave the room.  Within minutes the food has been eaten, surprise surprise!

Picture this scene; I have done all the washing and ironing (doesn’t happen often) and the house is looking pretty spectacular considering there’s a toddler in the house so I decide to sit down and have a cup of tea…..now can you tell me how long I’m sat down for?

Minutes???  Hours??? ….no seconds only a matter of seconds, because the minute I sit down he comes to me saying “mummy put your cup of tea down and come with William.”  Actually, I don’t want to go anywhere, I would just like to drink my hot tea and stare into space, but he pulls at my hand.  Ok I convince myself that I can take my tea with me, I’ll sit where he wants me to go and stare at the carpet.  “No mummy put tea down, it’s important.”  He then drags me to show me all his cars that he has lined up in colour order yes that’s great William and I’m trying oh so hard to sound impressed because we all know how men love praise! So I finally manage to escape to the kitchen where there is a chair and a gate to keep him out, but now he can open the gate and bring his toys to me…or better still lob them over at me!

This picture was actually at a friends house yesterday, we stupidly thought that because there was two of them they would entertain each other so we could chat (aka procrastinate about being a mother of a little person that throws bigger tantrums than Kanye West), but they were in and out of the kitchen before we could get to the end of any sentence.  Seriously boys, you are cute but only when you’re happy or sleeping 🙂

I’m quite lucky to have a good sleeper with W most of the time (not bragging here I promise!), he will sleep when he’s tired but only on his own terms.  He will be red and puffy under the eyes and yawning is little head off and when I even suggest bed time, all of a sudden he’s not tired!  Well actually W I am and you can stay here and pretend you’re not tired while I go to bed, but apparently I’m not allowed to sleep because whenever I do he stands in my face and says “wake up mummy”

This is why you have a gate on your bedroom!

For his second birthday his god mum got him a car track set, he absolutely loved this set and spent hours on end just watching it go round and round (even better when the lights were out and the curtains shut because it lights up!). However eventually the novelty wore off and cars were flung across the room because they wouldn’t stay on the track, or go up the steep hill that he had put together.  Then the track got pulled apart and thrown around as well as at both mummy and daddy, well that toy went to toy heaven for when he’s a bit older and can control his anger…..when he’s 23!

Before I had W I had previously blogged about what a judgemental mother I was, I would sit in a coffee shop or restaurant shocked to the teeth that there would be a family on the next table and the child would be watching tv on a phone or tablet.  Well now, we’re that family because it’s the one thing that calms him down when he’s having a meltdown or the only thing that will stop him from running around (he now refuses the high chair which was the one thing that kept him in one place!!). The go to programme is Paw Patrol and who wouldn’t want to sit watching a bunch of pups rescuing people in danger!  I was actually browsing through facebook the other day and came across this video of a mum making hilarious assumptions about these pups they call Paw Patrol…you’ll only enjoy it if you know about Paw Patrol.  It’s fantastic, blew my theory out the window but this was totally funnier! 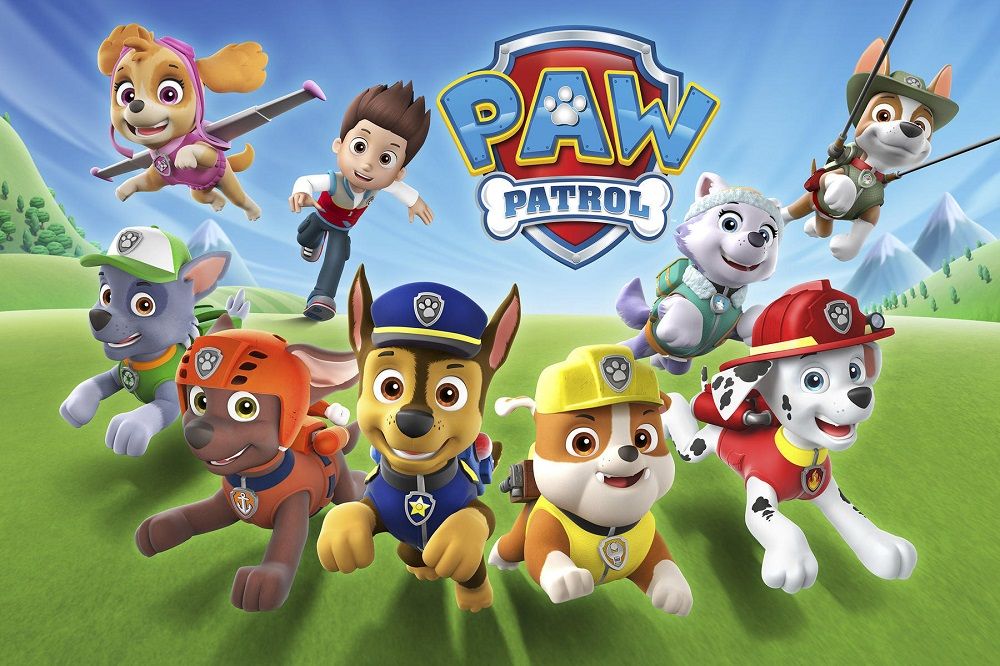 I love cuddles with my little boy…who doesn’t?  He gives the best cuddles ever, when he sits still!  He knows I love my cuddles, and he knows that he can get around me with whatever he wants now.  However, I’ve got wise to this, I still get my cuddles but he doesn’t always get what he wants.  Cruel, some may say, but I say I don’t want a spoilt son who thinks he can get away with anything.  I only say this, because I was that child, and I have lots of sympathy for my parents!  Sorry mum and dad.

So last but no means least is my favourite of Williams ways of showing me how much of a toddler he is….The whining, the constant whining about everything, and even when something isn’t going wrong he’s still whining!  On and on all the time, and yes, thanks for making my tinnitus a whole lot worse with this awful noise you make W.  I started to make the noise back at him, actually that made it worse because he got louder.  One particular day he was so loud and so annoying that I screamed shut up at him, obviously that backfired because for weeks after that he would shout “shut up” to me!

I’m sorry who said that?  I have finally found the right approach which is to ignore him, it’s beginning to work and I’m managing to block his constant noise out and either I’ve gone deaf or this toddler is finally giving up the goat!

However, every morning when he comes straight to me and gives me a hug and tells me he loves me, it’s like it all forgotten about….well for about half an hour till the first tantrum of the day!