Let’s merge two reviews into one, just for the hell of it!  (I’m SUCH a rebel!)  The obvious reason is because both books are written by the same author, and I would normally do these separate but I literally finished the first one and couldn’t wait to see what happens so went and bought the next one straight away.  (Hey I’m sure I’m not the first and I know I won’t be the last!!!)

The Debt & the Doormat 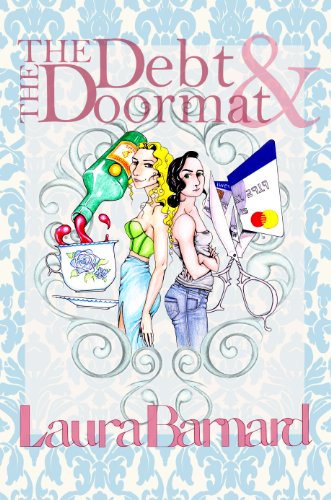 Poppy and Jazz have been best friends from the first week of uni. Whenever these two get together trouble isn’t far away and things haven’t changed much. When Jazz gets herself into financial trouble Poppy, being a good friend, offers to help. She instead ends up being talked into swapping lives, with Jazz insisting it will be good and help her get over her broken heart.

Poppy is thrown into a new life, full of crazy housemates; there’s fitness freak Izzy, horrendously beautiful bitch Grace and the slightly gorgeous, if not incredibly grumpy Ryan. Quickly, with the help of Jazz, her life is thrown upside down. Madness ensues and her need to please everyone gets her in more trouble than she could ever imagine.

Before she knows it she’s got a fake boyfriend and is hiding so many secrets she’s scared they’ll spill out any minute. With a bullying boss, a sex crazed colleague, a mental mother and three brothers each with their own dramas, life has gotten pretty difficult for Poppy. And all of this would be much easier, if she could just stop falling over.

Will she get her life back to normal before her brother’s upcoming wedding? And will she want to?

This is part of a trilogy, but because I’ve just started to read a Gi Fletcher book at the moment I shall come back to Poppy and her adventures when I’ve finished!

This is one of my latest favourites, I’m surprised I’ve not discovered this writer before because she’s very chic lit with the comedy with it AND she still manages to add a bit of suspense (which I think is sometimes hard in a chic lit).  I loved the characters in the book and I would have loved to have met them all in real life, although I don’t think some of them would’ve hung out with the likes of me!! Poppy always had me laughing out loud, from her falls to her way of speaking to people without thinking. Such a light hearted character who at the end of the day just wanted to be loved, like we all do. She has an awful mother that is hard to please, wanting everything her own way! Made me extremely grateful for my own mother, god I hope there aren’t actually mums out there like that (and I hope I don’t become one either!)

Ryan, where do I start, he was one of my favourite characters, not knowing what he was really thinking intrigued me. He thought everyone knew what he thought and he turned out to be such a serious intense but loving character, which I thought would bore me but in fact he had me interested!

Her group of friends were hilariously funny, antics that they all got up to were great and I would find myself smiling to myself at their drunkiness and Ryan’s protectiveness towards Poppy especially when she was drunk was lovely. I don’t know how she let him hold her hair back, when I’ve been sick I hate my husband being around. This is only because I don’t want him to see me like that (being ill is fine but throwing up is not a good look!)

Then there was the cliff hanger, what an end to a story!  I mean, to be fair, I did see the title of the following book which gave it away (ever so slightly!) but I did notice on Amazon it said that although this is part of a series each book can be read as a standalone, no no no no, I would say that you NEED to read the trilogy!  BUT the first one is currently free on amazon so go fill your boots!

The Baby and the Bride 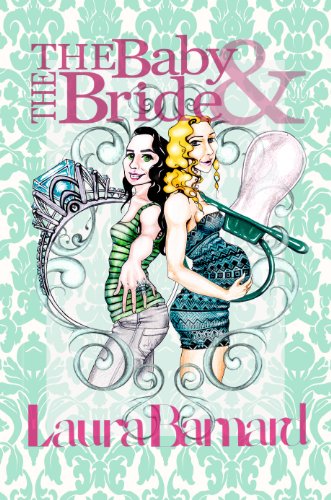 Poppy and Jazz’s lives sound perfect on paper. Jazz has a new baby and Poppy’s getting married. But their realities are very different.

Poppy must strive to keep her cool new job with crazy hours, while trying to keep Ryan happy. Before she knows it her wedding has got out of control, thanks to her mother, the runners at work are bullying her, her parents are in financial difficulty and she’s doubting everything and everyone she ever knew.

Meanwhile Jazz is struggling with motherhood, something a credit card won’t fix. Why won’t this baby give her a break? Will Jazz be able to cope before she loses it?

And will Poppy make it down the aisle? Will Ryan even be waiting?

The duo Poppy and Jazz certainly come back with a bang AND this time with a plus 1 in tow a little baba who Poppy adores!  But the trouble with this is that Poppy is prioritising Jazz and I wasn’t sure if Ryan would put up with that, so all through the book I kept wondering what if??

Ryan still keeps his character of the knight in shining armour (swoon), seriously in my head he’s a cross between the beautiful Ryan Gosling and Matthew McConaughey with long floppy hair!

And now he has a story of his own to tell about his family, which is an extra added twist which was well received!  When some men don’t share their feelings, and Ryan tries so hard not to be the ‘martar’ of a man but he certainly tries to go into denial but for once he has to lean on Poppy as normally it’s the other way around.

Then there was the wedding of all weddings; just to point out we are in fact talking about Poppys wedding, you would actually think it was her mothers the way she carried on but all in good faith because with a slight twist of fate those who expected the Wedding get that but in a different act (you know I can’t let on and ruin the surprise, like I saw fill you boots and go download or buy the books!!)

Poppy always had a stroke of bad luck with most things but it was nice seeing her (almost) land on her feet throughout the second book and not on her arse/head/knees!  Beautiful story Laura and I will look forward to reading the third in the trilogy soon!